If you ever wondered what Paris was like in the 18th century amidst the French revolution, then play Assassin’s Creed Unity.

Released in 2014 for PC, Xbox One, and PS4, this game is regarded as the infamous black sheep of the assassin’s creed series. This is because, upon release, it was riddled with lots of bugs and glitches, making the game almost unplayable.

However, the interest to revisit older games has returned, and this game tops the list. Therefore, if you want to revisit this old classic, or want to try it out for the first time, you are at the right place. Read this Assassins Creed unity beginners guide to start the game in the way of the Brotherhood.

Characters That You Should Care About

There are many characters that take center stage in Assassin’s Creed Unity. These characters are:

The Assassins… They gave me a purpose. Something to believe in. To see that betrayed… I need to make it right myself. I need to know why.

Arno Dorian is the main protagonist of this game. He is the son of the assassin named Charles Dorian. He was raised in Versailles and was orphaned at a young age when his father was killed by Templar Shay Cormac in Assassin’s Creed Rogue.

After he was orphaned, he was raised by Templar Grand Master Francois de La Serre. However, Arno was soon framed for his murder and was hunted by Templars. This is where the story of Unity begins, as he becomes an assassin under the tutelage of Pierre Belec to take revenge on his father’s assassin.

Elise de la Serre is the daughter of Francois de la Serre and the adoptive sister of Arno. Her father was killed the day she was sworn in as a Templar, while Arno was framed for the murder. This caused a rift in their relationship since Elise held Arno responsible for the murder.

While she and Arno are adoptive siblings, they both love each other – a romance that forms the crux of this story. It also has significance in the DLC Assassin’s Creed Unity Dead Kings.

We’re an army. And in an army, ‘making peace with the enemy’ is called ‘treason.

Pierre Bellec was the master assassin of the French Assassin’s Brotherhood during the French revolution of 1788-1799. After Arno was framed for Francois De La Sarre’s murder. While Arno was on the run from Templars, Pierre helped him by training him to become the next master assassin.

In the wake of the revolution, the Order will adapt. They will retreat to the shadows and we will, at last, be the secret masters that we were meant to be.

Germain was the next Templar Grand Master after the murder of Francois De La Sarre. Francois Thomas Germain is one of the primary antagonists of this game.

His wish is to cull all the weak links of the Templar and rebuild it as a grand order. He appears as a silversmith by profession but is secretly the Templar grandmaster in France.

If you are new to the Assassin’s Creed Unity walkthrough, then you definitely need to know how the pros play.  Learn some of these tips to make the French revolution easier, become the master assassin, and take down the Templar Order to reunite with your lover.

Lockpicking is one of the latest additions that this game adds to the standard Assassins Creed gameplay formula. Lockpicking can make all the missions a lot easier. This is mostly true for story missions, where you need to infiltrate large mansions and buildings to assassinate your target.

Explore The Map And Activate All Eagle Points

Exploring 18th-century Paris in its entirety is one of the most fascinating features of Assassin’s Creed Unity PS4. Exploring Paris will feel breathtaking because of the game’s excellent graphics, and its movement and parkour system.

To unlock the entirety of the map, you need to fully synchronize yourself by activating all Eagle points. These points are atop the largest structures all over France. You need to climb them to unlock portions of the map one by one.

Smoke Bombs Can Help You Out In A Pinch

When you face lots of enemies together and seem to be backed into a corner, simply drop a smoke bomb. This will disorient the enemies, allowing you to get a sneaky kill or two and escape to reposition yourself.

Always Keep An Eye Out On Your Skill Tree

Do you like sneaking up behind enemies and stabbing them in the back with your hidden blades for easy kills? Then spend points and upgrade your stealth skill tree. If you are more into orchestrating bloody and violent massacres, then you can upgrade your combat skill trees.

Use Your Brain Or Your Brawn

The best thing about Assassin’s Creed Unity is the updated mission design. Your missions are more open this time around so that you can play them out in the way you like. You can be stealthy if you want and sneak around enemy encampments, or barge in through the front door and slaughter everyone in your sight.

Since you have much more freedom, it’s best to learn what your objectives are first. After that, use your eagle vision to scout out the area ahead and figure out the enemy positions. Then, plan accordingly to finish the mission in the cleanest way possible, befitting your status as an assassin.

Don’t Do Side Quests Before Becoming An Assassin

After completing the first few main story missions of Assassin’s Creed Unity, you become a full-fledged assassin. This happens when you get initiated into the Brotherhood after being trained by Pierre Bellec.

However, before you become an assassin, you can still partake in many sidequests. Though it may seem tempting to earn that extra XP, hold them off for later until you become an assassin. This is because becoming an assassin gives you access to lots of tools and skills that will make these missions significantly easier.

If you play just the story missions of this game, then you will have to spend around 20 hours. If you want to be a completionist and do all side quests, it will take around 50 to 60 hours.

Q2. What Is Wrong With Assassin’s Creed Unity?

When AC Unity was first released, it garnered a lot of negative critical reviews because of how buggy the game was. Upon release, it was riddled with game-breaking bugs and graphical glitches that made the game almost unplayable.

Q3. Is Assassin’s Creed Unity Worth It?

In 2014 when Assassin’s Creed Unity first came out, it received a lot of negativity from critics and gamers alike. Most of these criticisms were aimed at the bugs and glitches of the game. However, eight years later, they have all been fixed, making this game worth it for fans of the series.

Compared to all other Assassin’s Creed games, AC Unity is considerably more difficult. This is because of the more open-ended mission design, which forces you to think outside the box to complete missions.

If you read this Assassins Creed Unity beginners guide tips and tricks, you will learn that it is more open. The missions are open-ended, giving you the freedom to choose your playstyle and complete them the way you want.

I would recommend checking your skill tree to spec Arno the correct way. Also, make use of smoke bombs and your hidden and phantom, blades to take out enemies swiftly. Explore the map to find new points of entry to hideouts, and take out enemies stealthily.

If you want to read about more Assassins Creed guides, then check them out here at Tech Mag News!

VPNs And Firewalls: The Differences And Why You Need Both? 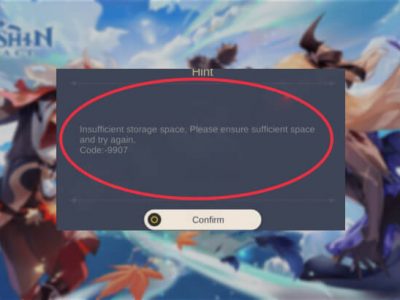