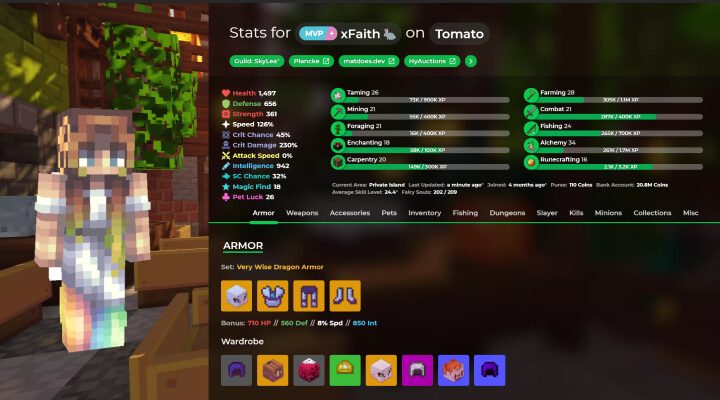 Minecraft is one of the most famous games out there on the internet. After amassing thousands of players daily, this game has received immense popularity amongst the younger gamers globally. However, SkyCrypt is one such application that lets you do something different.

With various fan-made servers of Minecraft with unique content being released by many developers globally, the release of Hypixel was the biggest and the most popular. Soon, it became one of the most popular Minecraft minigame servers of all time, with more than 100,000 online players daily.

To check out the stats and scores of Hypixel players easier, SkyBlock released the SkyCrypt service for the Hypixel SkyBlock. So what are the main features and uses of this service, and is it worth it? Get the answers to all these questions by reading this blog.

On April 13, 2013, Simon Collins-Laflamme and Philippe Touchette launched the beta version of the Hypixel server. Hypixel Inc. is in charge of and operates the server. Initially, the two collaborated to make Minecraft adventure maps and posted trailers on their YouTube account.

To play and further display these maps, the Hypixel server was developed. Minigames were initially developed as a way for users to pass the time while waiting for other players, but as time went on, the minigames themselves grew in popularity and came to represent the server as a whole. As a result, Hypixel concentrated on creating new server content rather than new Minecraft maps and games.

SkyCrypt is an open-source service that allows users to share their Hypixel profiles with everyone on the server and check the global leaderboards. This allows Hypixel SkyBlock players to share their best scores with other users and compete.

Since Hypixel is an online game that is driven by community interactions between the players, a place to share high scores was definitely required. After years, SkyCrypt Hypixel Skyblock became the answer to all these grievances of the player base.

Hypixel SkyBlock started out as a Minecraft server network where creators posted self-made Minecraft Adventure Maps. Alongside making maps, players could also make Minecraft minigames for other players to try out. Over time, these minigames became the main attraction of Hypixel.

What Are The Uses Of SkyCrypt?

The various features and uses of SkyCrypt are:

The main reason behind the existence of SkyCrypt for Hypixel players was to allow them to share their in-game character statistics and profiles with other players in the community. This app allows players to check the stats of other players like:

When you first open up another player’s profile, it will show its equipped weapons and armor. However, if you click on the wardrobe option, you will get to see all the owned weapons, armors, and items that the player has.

As a dedicated player of an online video game, running into bugs and glitches as you are playing the game is a very irritating experience. Therefore to make sure this happens as little as possible, you can report bugs and glitches in the SkyCrypt server. You can also make a YouTube video of the bugs and glitches by recording and downloading with applications like Freemake and Snapdownloader.

Hypixel Minecraft server is full of community-made and driven minigames. Therefore, the admins and developers will always consider the request of the player base. If you are a Hypixel player, you can request new features to be added on Skycrypt or Hypixel, even sharing ideas for new types of game modes.

As mentioned before, SkyCrypt is fully community-driven, with its free source code available on other online forums as well. Therefore, to maintain its servers and work on new features that it can add, it accepts donations from its users. While it’s not mandatory, it is an essential part of the community that wishes to keep using the app and keep its servers running.

Downloading and installing the SkyCrypt app isn’t an easy task. Even if there is an official website to download the application, the installation and activation process is pretty long and complicated.

To get started with the installation process, you need to ensure that some other software is also installed on your computer. The prerequisite software that is required is:

After you have downloaded all these files and applications on your computer, you can start to install SkyCrypt by:

If you dedicatedly play Minecraft minigames in Hypixel, then SkyCrypt is one of the best applications. It is an excellent tool for checking out your friends’ Hypixel account stats. You can also share your account stats with them.

The main benefits of using SkyCrypt are:

The primary cons of SkyCrypt are:

You can get the SkyCrypt application from GitHub and follow the instruction process explained in this blog.

One year in SkyBlock is approximately five days and 4 hours.

Q3. Who Is The Best SkyBlock Player?

People consider Technoblade to be the best SkyBlock player.

Q4. How Do I Get SkyBlock API?

You can find your SkyBlock API at https://api.hypixel.net/

SkyCrypt is an open-source website database viewer and application through which you can check out the profile stats of other Hypixel players. Furthermore, you can share your stats page with other players. You can also report bugs about any minigame in Hypixel and report it to the admins and developers.

Simple Ways To Speed Up Your Device

Question: When will Google Analytics end a session by default? Options: Answer: When a user ...
By Loknath Debnath
December 1, 2022 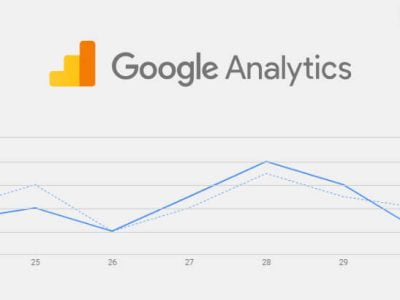 We’ll speak about what are entrances in Google Analytics today and why they’re important for ...
By Loknath Debnath
December 1, 2022